The smart home is driving smartphone satisfaction, not the other way around, according to recent findings from J.D. Power.

And while Apple took first prize in overall smartphone satisfaction, it wasn’t by much.

In releasing its “2017 Full-Service Smartphone Satisfaction Study,” J.D. Power said overall satisfaction with smartphones is higher for consumers who own a smart-home device. For those who own a voice-activated assistant, such as the Amazon Echo, consumers were 49 points more satisfied on J.D. Power’s 1,000 point scale (881 vs. 832).

For consumers who own all three, smartphone satisfaction reaches a score of 885.

Satisfaction with the phone’s features receives the biggest boost among those who own a smart-home device: 861 vs. 787.

Kirk Parsons, senior director and technology, media and telecom practice leader at J.D. Power, said in a statement that these consumers are more satisfied because they can take advantage of functionalities others simply aren’t aware of.

Advised Parsons: “Smartphone manufacturers that make it easier for their products to connect with other devices will have a major advantage in improving customer satisfaction as homes become smarter and more automated.”

*Customers using their smartphone daily to control their connected devices have higher satisfaction than those who use it less frequently, specifically: smart thermostats (926 vs. 866); smart appliances (929 vs. 851); and voice-activated home assistants (928 vs. 878).

J.D. Power’s study, fielded between October and December 2016, measures customer satisfaction based on five factors, which it orders in importance: performance (25 percent), ease of operation (21 percent), battery (20 percent), physical design (19 percent), and features (16 percent). The study is based on 7,994 smartphone customers who have owned their current smartphone for less than one year and who are AT&T, Sprint, Verizon Wireless, U.S. Cellular or T-Mobile customers. 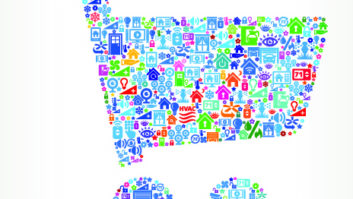