Consumer electronics products have always had an impact on American politics and the industry is now getting a chance to practice its magic on the world’s stage.

Two excellent examples of CE having an impact in the United States are President Franklin Roosevelt’s fireside chats on radio and John F. Kennedy and Richard Nixon participating in the first-ever televised presidential debate in 1960.

By being able to speak directly to the people, Roosevelt was able to boost morale and comfort a nation during the darkest days of the Great Depression. Television is widely credited for giving Kennedy the win in his debate with Nixon because while Kennedy looked youthful and dashing, Nixon appeared pale and nervous. If the debate had been broadcast on radio, Nixon might have come across as the victor and it could have changed the outcome of that very close election.

What is now taking place in Iran is potentially even more powerful. This story on Foxnews.com discusses how Iranians are using cellphones and their video ability to fight against the closed culture created by that nation’s government.

The funniest aspect is how the Iranian government is failing to control the disbursement of information it perceives as negative because it does not understand the technology’s capabilities.

Of course, the distribution of pornography as described in the story is not the best use for a cellphone, but it is something to be expected whenever 16-year-old boys are involved. 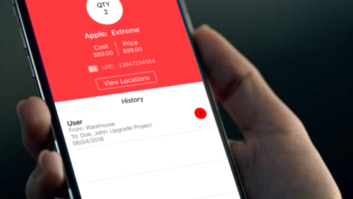