INDIANAPOLIS – Indy Audio Labs, a high-end home audio systems startup based in the Purdue Technology Center of Indianapolis, plans to further expand its sales in the international market. “We already have global representation and expect that to grow by over 30 percent in the near future,” said Ted Moore, CTO and company co-founder. “It is a golden opportunity for our made-in-Indiana products to expand to markets in Europe, the Middle East and Africa.”
<br /><br />Indy Audio Labs is the producer of the Acurus and Aragon brands for home theater systems, and its components are manufactured at Indiana-based Key Electronics, Inc. The company competes with large worldwide brands such as Yamaha, Denon and McIntosh. “We offer top-level performance, radically simple ease of use and the rugged reliability of a product made in the USA,” said Rick Santiago, company CEO and co-founder. “And some of our products are lower priced than those of our competitors. We would be considered at the low-cost end of the high-end component marketplace.” The company’s products already have a strong overseas market, especially in China, where Indy Audio Labs-owned Aragon amplifiers are used in a “Star Wars”-themed home theater that was recognized by CEDIA as a global award winner in 2016.
<br /><br />Indy Audio Labs was one of the first to move into the Purdue Technology Center of Indianapolis in 2011. “For a company starting out, the Purdue Technology Center allowed us to focus on building our company with minimal distractions,” Santiago said. “The infrastructure was already there along with many programs and technical assistance that helped get us off the ground.”
<br /><br />Indy Audio Labs also took part in the recent Integrated Systems Europe exposition in Amsterdam, one of the largest audio-visual trade shows in the world. “We met with dozens of potential new distributors and believe that when we tally up the results of this show over the next six months, we will find that our ISE 2017 return on investment will be outstanding,” Santiago said.
<br /><br />About Indy Audio Labs:<br />Indy Audio Labs began shipping its new generation of award-winning Acurus and Aragon products in late 2011. The company, founded by two industry veteran technologists, saw a vision for complementing high-performance audio with Internet-of-Things (IoT) control. All products are designed and manufactured in Indiana, USA. Indy Audio Labs maintains its headquarters in the Purdue Research Park of Indianapolis and sells its products in both the USA and around the world.<br /><br />About Purdue Research Park of Indianapolis:<br /> Purdue Research Park of Indianapolis is one of five sites across Indiana operated by the Purdue Research Foundation. The Indianapolis site includes the Purdue Technology Center near the Indianapolis International Airport. Other park locations are West Lafayette, Merrillville and New Albany. The park network has more than 260 companies and about 4,500 people working in high-tech sectors. With a combined 500,000-square-feet incubation space, the park has four of the top 10 incubators in Indiana. An independent study reports that the Purdue Research Park network contributes $1.3 billion annually to Indiana’s economy. <br />writer: Curt Slyder, 765-588-3342, [email protected] 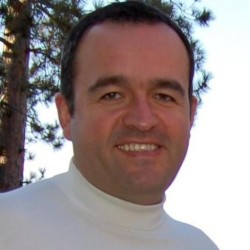 Latest posts by Rick (see all)