Even though SDMI is still a work in progress, some companies are plowing ahead with their own copyright-management technologies.

In addition, InterTrust’s MetaTrust rights-management technology is part of Diamond Multimedia’s planned Rio 500 portable and will presumably be incorporated in the company’s rioport.com music-download site. The technology assigns usage or purchase rules to downloaded files, and the rules apply even to e-mailed files, a spokeswoman said.

As part of its audio plans, Lucent has wrapped third-party encryption and watermarking technologies around its ePAC compression format and developed its own technology to integrate them. The company is negotiating with all the major record companies, said audio initiative director Rachel Waldken, who also noted that Lucent has been “keeping our eye” on SDMI to ensure compliancy.

SDMI’s plans, she noted, are to develop a security “framework within which everyone can operate,” not choose a particular security technology. As a result, she explained, multiple SDMI-compliant security technologies might not be interoperable. But, she added, “my personal opinion is there will be a period when multiple technologies are not 100% interoperable, but soon the market will shake out not only for watermarking and security but also for [compression] codecs.” (See table, page 25, for list of leading codecs.)

Even without a shakeout, other technology companies point out, portable devices can be made not only to support multiple audio codecs but also multiple security technologies.

Other competing security technologies have been developed by Liquid Audio and IBM, whose electronic music management system (EMMS) is being used in trials by the big five music companies of Internet music distribution. Real Networks, the developer of the G2 codec and the operator of a major music download site, plans to incorporate EMMS, IBM said.– J. P.

Nintendo DSi Not Seen Competing With iPhone, Touch — For Now 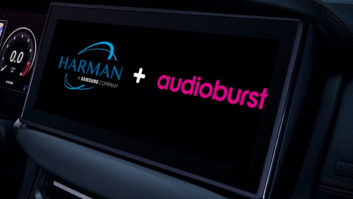