Indianapolis – Sherwood went to the CEDIA Expo to unveil automatic room equalization for its receivers and an HDMI switcher/up-converter [transcoder].

The Newcastle-series R-771 A/V receiver at a suggested $599 offers SNAP (Sherwood Newcastle Automatic Parametric EQ), which is also being included as a running change to the current R-965 and R-865 receivers and the P-965 tuner/preamp processor. Consumers who already own these models can get SNAP added for $100 if they ship it to Sherwood for the upgrade.

Sherwood’s Newcastle HSB-600 HDMI Link lets HDTV owners up-convert the component output of an A/V receiver to HDMI and also switch between two HDMI sources to maintain a single cable A/V connection from receiver to digital TV. The $299-suggested device adds digital audio to the converted HDMI data stream. The device doesn’t up-scale a receiver’s component-video output to 720p or 1080i HD, instead leaving it up to the HDTV to do the upscaling, the company said. If the receiver itself up-converts composite- and S-video analog sources to component video, the device will also deliver those sources via HDMI to an HD display.

It can also split off digital audio from any HDMI input for processing and amplification by the consumer’s A/V receiver or pre/pro. It’s controllable by both RS-232 and IR. 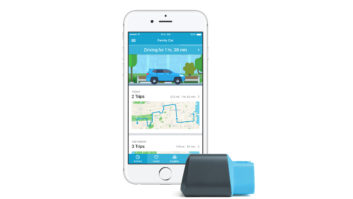