Boston — Luxury-audio start-up AudioXperts closed operations last Friday, but some of its products could nonetheless make their way into the market, said founder and industry veteran Eli Harary.

The company’s majority investor, a Taiwan-based company with factories in mainland China, stopped funding the company after hitting an agreed-upon investment level, Harary told TWICE. The investor, which owned a majority of AudioXperts, decided to discontinue funding even though most of AudioXperts’ delayed product line was just coming to market almost a year later than planned. One product, a TV sound base, had to be recalled because of quality issues.

“We hit the ceiling in terms of investment due to all the delays they had in designing, engineering and building” the products, said Harary, who was a minority owner of AudioXperts. That was followed by “additional delays because some models had to be reworked to meet quality levels,” he added.

Although Harary said he explained to the investor’s board that most products were just now coming to market, the board pulled the plug anyway, he said.

AudioXperts unveiled its products in the summer of 2012 and planned shipments starting in September, with the remaining products shipping at the end of 2012.

As for the future of the brand, Harary said, “It’s always a possibility, but it’s unlikely, that I’ll seek another investor to operate the same company as it was,” but he noted that perhaps the product designs and tooling will be sold off to another company to bring to market. “There is a good chance that some of my children might live under a different family,” he said.

Everyone but an accountant and an administrative person at AudioXperts has been laid off, Harary noted. 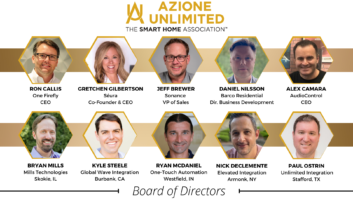